Nostalgia’s a tough thing to grab on to. It’s not so much something as the idea of something; it’s catching a glimpse outta the corner of your eye but when you turn to look at it it’s gone, or never was there at all.

Jackson Reed’s songs are nostalgia, and when you hear them you’re struck by reminders of elsewheres and befores, of summer’s past, and of love’s come & gone the same way. They send you somewhere but you can’t ever tell where exactly: maybe it’s the sounds of 1968 and you’re in Chicago or Buffalo or Detroit; maybe it’s the sounds of up north and it’s winter or it’s Wednesday or it’s yesterday afternoon.

Maybe it’s all of them and maybe it’s none but it doesn’t matter, cuz what you’re really hearing, after you go where you go and come back, is the sound of someone here and now: it is sometimes sunshine and sometimes rain, it is happy and it is sad, but it is Jackson Reed. – Ryan Gaio 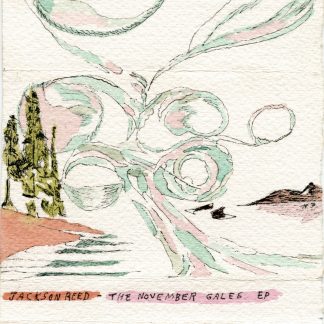