With a push of a button, listeners are suddenly launched into another world entirely; one of fairytales and magic. Akage No Anne’s EP Good Cake is playful and reminiscent of childhood.

Each song exceeds five minutes, and many feel as if they go together, blending into one song completely. Akage No Anne throws the norms of the pop world aside in more than one way, though. The group, originally from Toronto, Canada, sings in both English and Japanese, and Yoshihide Nakajima (guitar and vocals) even switches between the two in their song “Over the Ocean.”

Tom Dunbar, keyboardist and other vocalist, also layers his voice among Nakajima’s in several tracks, and that combined with the overall sound of experimental synth-pop makes Akage No Anne sound quite like the United Kingdom’s indie-pop stars, Alt-J or Norway’s Aurora.

The group’s intriguing lyrics add another element to Good Cake. Using repetition, like the phrase “That was yesterday, I’m not there anymore,” in their song “Good Cake,” they are able to further implement their dreamy state of whimsy.

Akage No Anne may need some getting used to for first time listeners, as it is a very unique style. Good Cake is an album of experience, and is better swallowed whole rather than focused on each and every detail. This album will bring back memories of nostalgia and a breath of fresh air, encouraging you to let it all go. 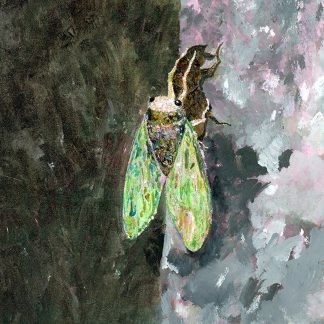